We are sending you to a secure results page at my.raceresult.com.

Thank you for joining us on this adventure!

We are sending you to our tracking portal

Have fun watching riders push through the course, but please don't go on the course and risk rider disqualification. 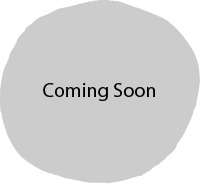 Amanda Blair is a Tulsa born native with deep roots in the sooner state.  She has a Bachelor of Arts in Communication, and a Master’s in Public Administration, both from the University of Oklahoma.  Blair is the Chief Operating Officer for Expo Square and the Tulsa State Fair, where she has developed her career since 2005.  She emphasizes a collaborative team effort, with a focus on creativity, professionalism and strives to have a lasting impact on the Tulsa community.  In addition to her career and the Tulsa Tough Board, she serves on the Leadership Tulsa and Girl Scouts of Easter Oklahoma Boards, and enjoys giving back to her community.  She thrives in a fast paced environment and is a firm believer your education is never complete.  Amanda enjoys the outdoors, corgis and is in search of the perfect slice of pizza.

Greg Phillips and his wife Kathy have three grown children, and have moved back to Tulsa three times over a 32-year career with ONEOK and ONE Gas.  Now retired, Greg enjoys riding his bike whenever his schedule permits, and recruiting friends and family to re-discover cycling.  Greg also serves on the board of the Tulsa Wheelmen, Tulsa's longest-running cycling club / race team.  Why Tulsa Tough:  "The Tulsa Tough weekend is a premier event on the national bike racing scene.  I have volunteered for several years for this event, and am very pleased to now serve on the board to help build on the successful tradition that is Tulsa Tough!" 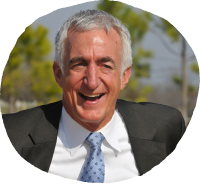 Kevin O’Sullivan has been an active cyclist for 35+ years while being a father to a son and daughter, who are both competitive cyclists.  As a retired business leader, he has a long history of local and national volunteer leadership and when not volunteering, rides his bike and spends an inordinate amount of time in coffee shops.  Why Tulsa Tough – I’m Passionate about the mission – Elevate the profile of Tulsa and promote active lifestyles. 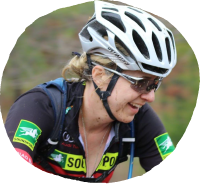 Kristi Prough feels most at home behind the pages of a good book or eating popcorn while watching a movie, preferably at the Circle Cinema. She loves to ride her bike and is passionate about sharing the joy discovered while riding  good single track or a newly paved road. She loves Turkey Mountain. She prefers to work behind the scenes helping people, causes, or events fulfill their goals and has done so at the local and state level for the past 20 years. 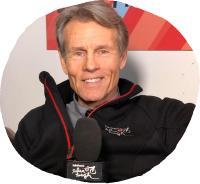 Malcolm McCollam “I’m just a kid who grew up hearing his mom say, “Get outside, and stay outside!” That meant summers exploring drainage ditches, creeks, construction sites, parks and anywhere else he could get to on his Western Flyer Sting Ray purchased with earnings from mowing neighborhood lawns. He graduated to a Sears 10 speed in high school and used it to ride to work at the Ranch Mart movie theatre which is how he discovered the joys of night riding. The bike got destroyed while he attended the University of Kansas, but not his love for riding. After an initial career as a National Bank Examiner and graduating from law school, he moved to Tulsa to begin practicing law, and rediscovered his love of riding. Malcolm joined the Tulsa Wheelmen in the early 1980s and still belongs to that club. He did bike races in the summer and running races in the fall and winter. He co-founded the Maple Ridge Run, helped direct the cycling portion of the first Saint Francis Corporate Challenge and is a co-founder of the Saint Francis Tulsa Tough. After 20 years of being around the cycling community as both a rider and organizer, he believed he had made enough mistakes to be in a position to contribute to the creation of something special and feels blessed to be surrounded by the right combination of talent and energy to have made SFTT what it is today.

Mike Dodson made Tulsa home for more than 50 years, where he also met his bride, Amy, at The University of Tulsa, and where he with Amy were blessed to raise two sons.  He enjoys the outdoors, sports, traveling, and good restaurants with steins, wine glasses and friends.  Being passionate about life and the Tulsa community contributed to the creation of Tulsa Tough in 2004 – it is still a driver and difference-maker in the lives of many people today.

Ryan Barry and his wife Sara moved to Tulsa 21 years ago and never looked back.  Ryan is a physical therapist who co-founded  Green Country Rehabilitation, a therapy staffing company  which was later acquired by Heath Pro Heritage, where he continues to work.  He loves traveling with his wife and their two children.  He leads an active lifestyle, running and cycling with friends as often as possible.  He has enjoyed participating in Tulsa Tough since 2008 and believes Tulsa Tough brings many benefits to the Tulsa community.

Tonja Carrigg grew up in rural Southern Indiana, Tonja and her brother caught the cycling bug riding dirt trails we’d crafted in the neighborhood.  Moving to attend The University of Tulsa in 1986 she fell for the city’s outdoor vibe, especially at River Parks. She met her husband Tim, a passionate cyclist, in 1999 at Tulsa’s Oktoberfest.  Active lifestyles for them both include cycling and volunteering to support local non-profit organizations and their festivals and events, primarily Tulsa Wheelmen, Tulsa’s Oktoberfest, Route 66 Marathon, and of course, Saint Francis Tulsa Tough.  As part of Tulsa Tough since its inception, “we are overwhelmed by the impact this grassroots event continues to have on our own lives, in the community, and far beyond Tulsa”.

Vincent Trinidad is an Arizona native and is a graduate of the University of Arizona.  He is married to the former Joanne Frinell. Together, they have been blessed with two sons and one daughter.  His passion and enthusiasm for sports has taken his career to great places in the Southwest, the Pacific Northwest, the South and now Oklahoma. In addition to the Tulsa Tough Inc. board, he also is a Board member of Leadership Tulsa. Outside of work, he and his family explore cool adventures around the region.

Get event updates and news right to your inbox.

Thank you! Your submission has been received!
Oops! Something went wrong while submitting the form.